The mission of the Kennett Consolidated School District is to provide a quality education that increases the achievement of every student in order for all to become successful and thoughtful contributors to society.

"Bancroft Elementary School is dedicated to creating a safe and rewarding educational experience for all children. Our goal is to focus on student success by fostering a positive, accepting and supportive learning environment where students are proud of the work that they do each day."

"Greenwood Elementary School is committed to providing children an engaging and comprehensive education to support their success academically, behaviorally and socially. Greenwood students will experience education in a safe, welcoming, student-centered learning environment."

"Mary D Lang Kindergarten Center has a balanced educational program that is focused on the whole child with experiences designed to expand the mental, physical, emotional, and social development of every student."

"Here at New Garden Elementary School we are committed to providing a nurturing and supportive learning environment for students to grow and feel successful while providing an excellent instructional program to meet the individual needs of all students."

"We pride ourselves on meeting ALL students where they are and helping them grow as students and people. I promise you that our commitment to your child will never waver. Lets work together to ensure that KMS remains the best school for your child."

"KHS is a school that is rich in tradition. At the same time, we are committed to modernizing our learning opportunities today to prepare ALL of our students for tomorrow."

"KHS is very proud of our teams, coaches, and especially our student-athletes. They all do an outstanding job of representing KHS with hard work, dedication and sportsmanship both on and off the field."

"At Kennett High School, we hold our students to the highest of expectations both in and outside of the classroom. Together, we collaborate and communicate to ensure a positive learning environment where all students feel safe, welcomed, and inspired to improve each and every day...."

"At Kennett High School, we hold our students to the highest of expectations both in and outside of the classroom. Together, we collaborate and communicate to ensure a positive learning environment where all students feel safe, welcomed, and inspired to improve each and every day...."

Chorus and Orff Ensemble Sing in the Holiday Season

Bancroft Elementary School students and staff were treated to holiday music by the school’s Chorus and Orff Ensemble. Students sang a medley of holiday songs and the instruments joined in the merry music. Songs performed included March from the Nutcracker Suite, Lights of Hanukkah, and Feliz Navidad. Some students joined Mr. Ben Green, music teacher, playing the drums and guitar. Mr. Green, assisted by Mrs. Jill Urglavitch, music teacher, directed this special music assembly to help everyone at the school get into the holiday spirit. 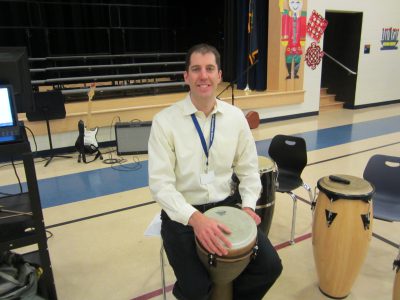 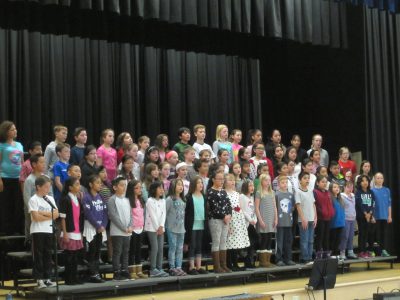 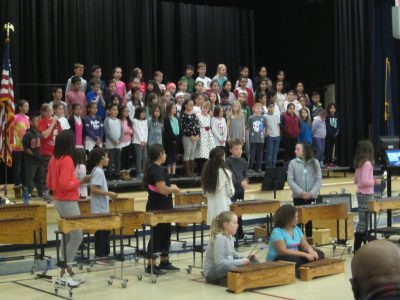 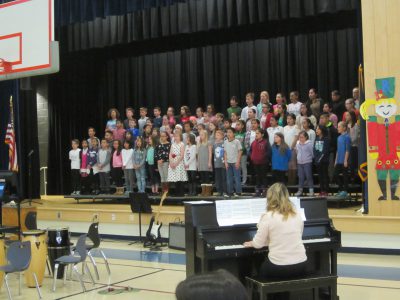 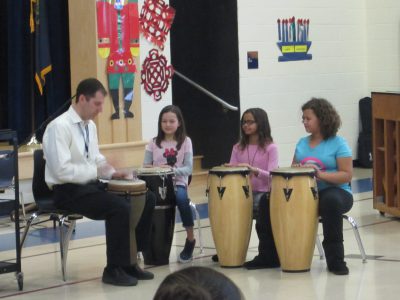 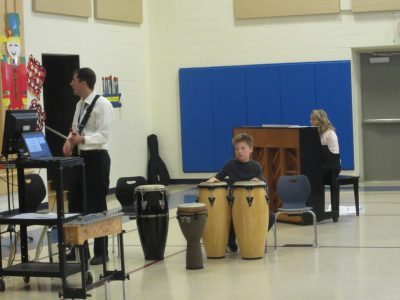 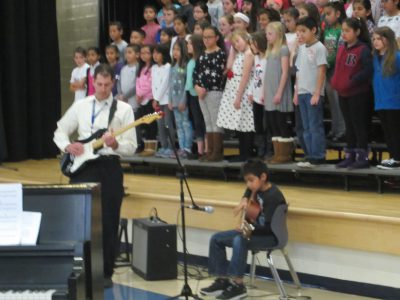 Students and staff at Bancroft Elementary School finished a week of holiday fun with a school-wide morning meeting. Classes and grade levels sang a variety of holiday songs and shared holiday presentations with the entire school. Everyone got into the holiday spirit and helped others by collecting 206 pajamas for deserving children in the Kennett community. 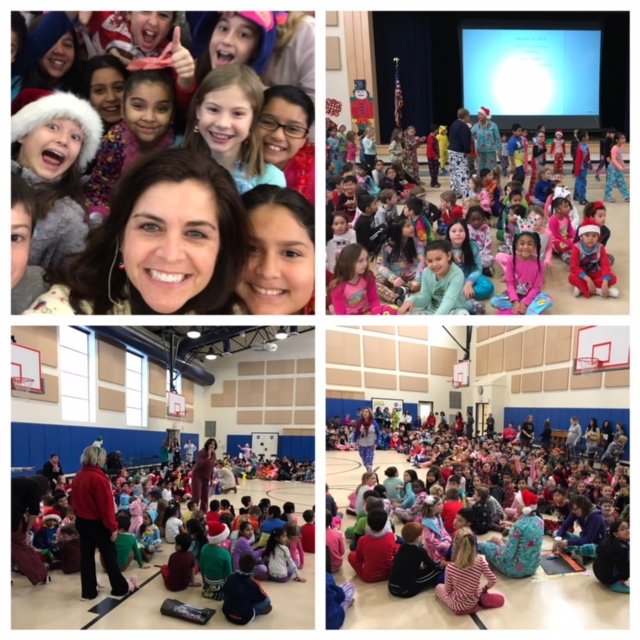 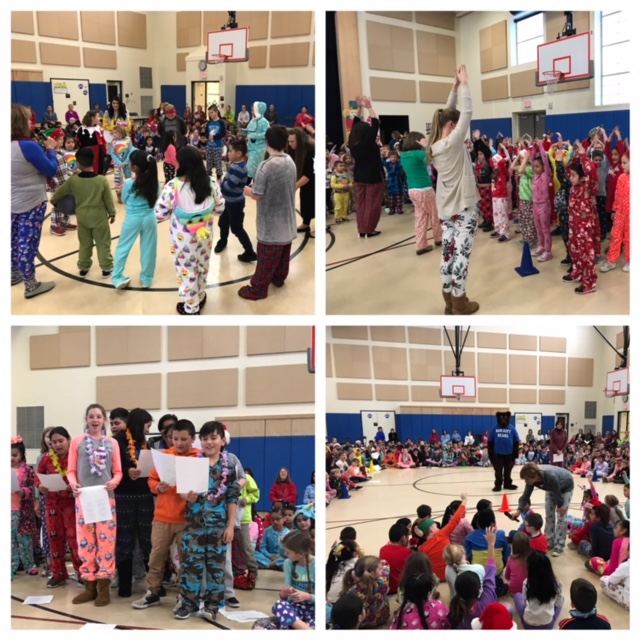 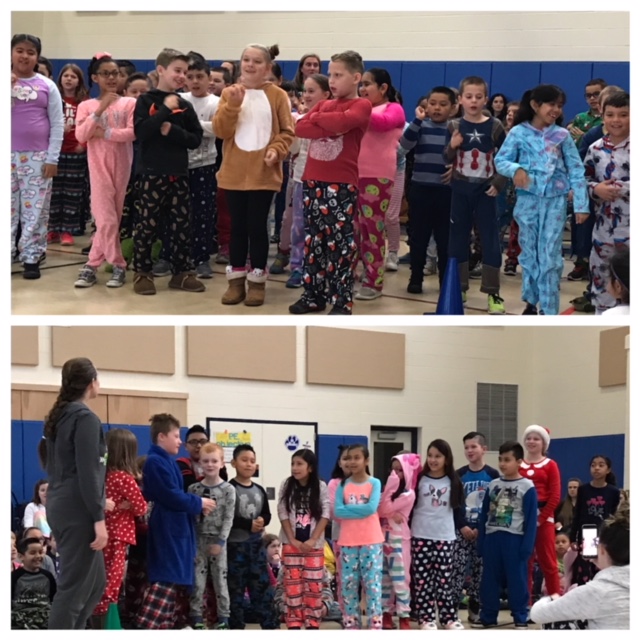 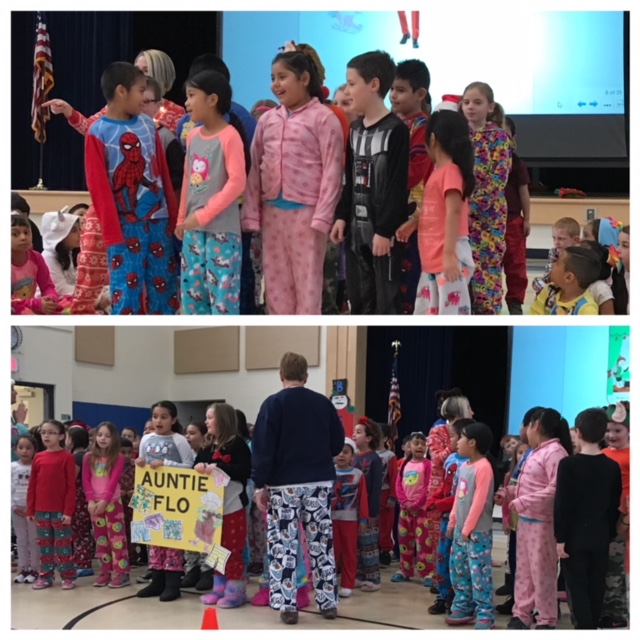 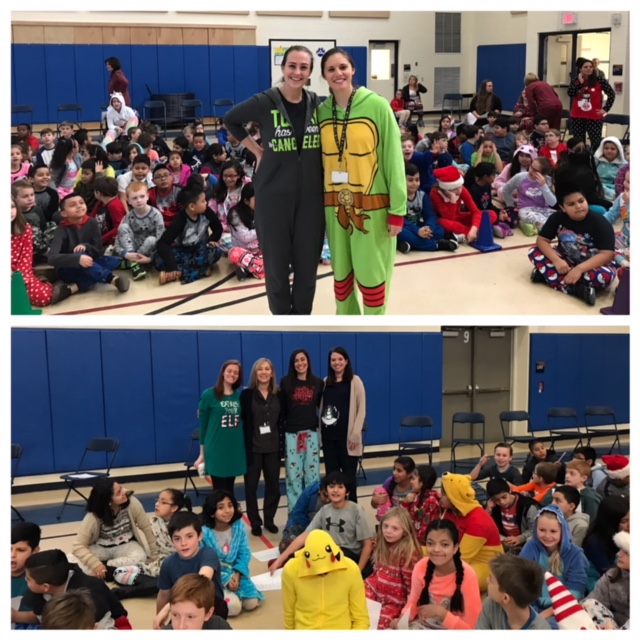 Bancroft Elementary School’s fifth grade students had a hands-on visit at the Chester County Technical High School. Each student received an overview of the more than twenty different programs at the school. They were also given three areas to visit where they jumped right into the activities. Some examples included fixing small engines, caring for animals, baking, cooking, working with wood, doing hair and make-up, learning police procedures, caring for young children, doing HVAC and refrigeration, and learning about different health careers. Our students got right into the action – putting on safety gear and learning how to use the tools and other equipment. The goal of the visit was to expose students to a variety of career choices for which training can begin in high school. Bancroft Elementary School would like to thank the staff and students of the Chester County Technical High School for a memorable field trip. 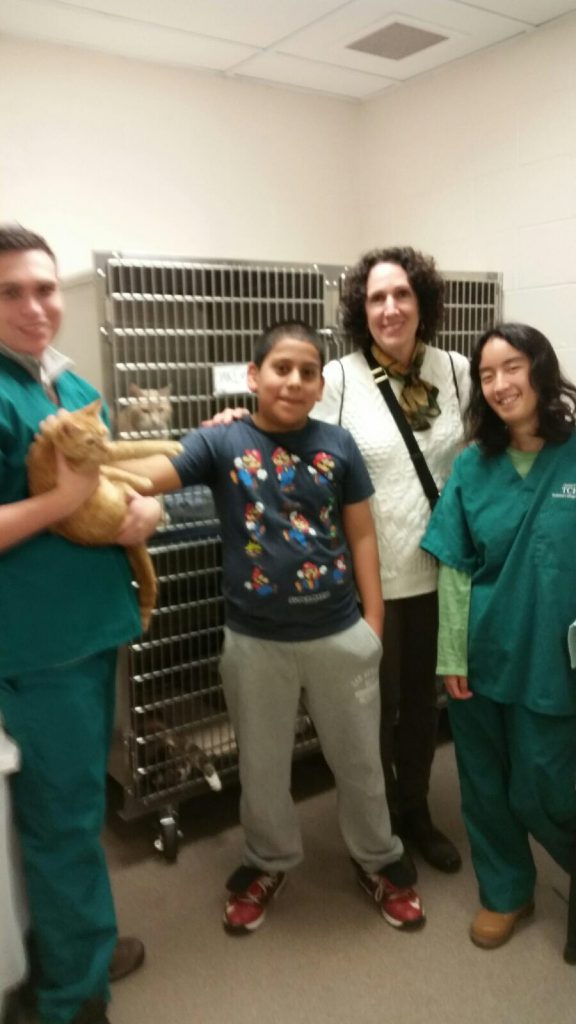 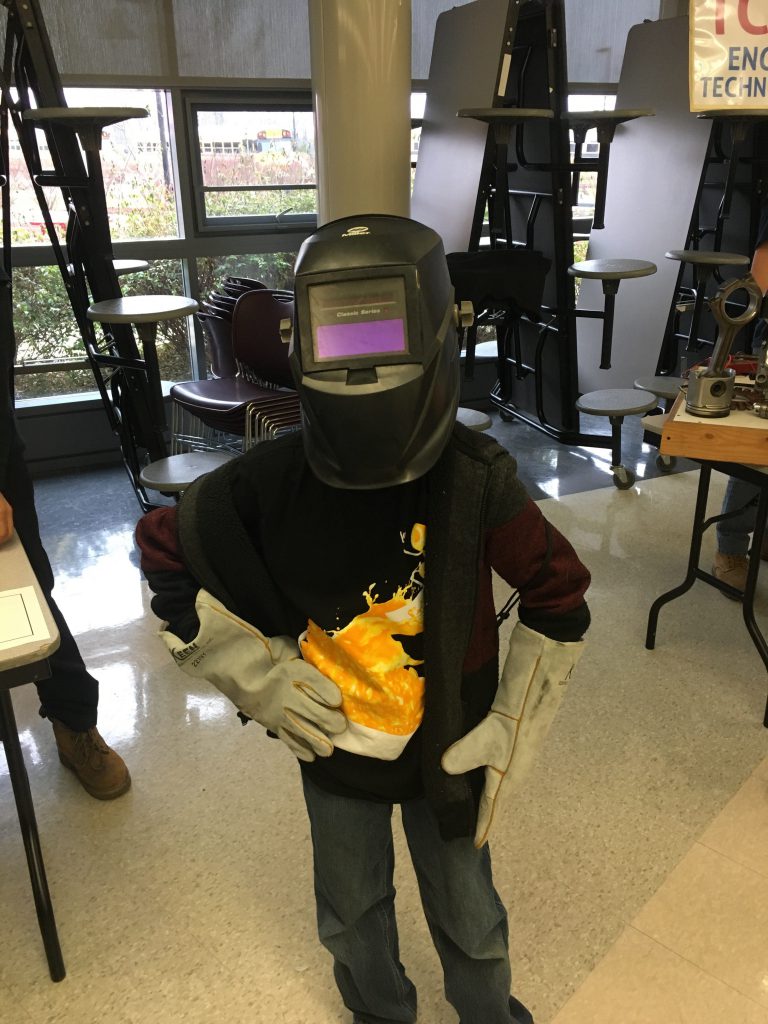 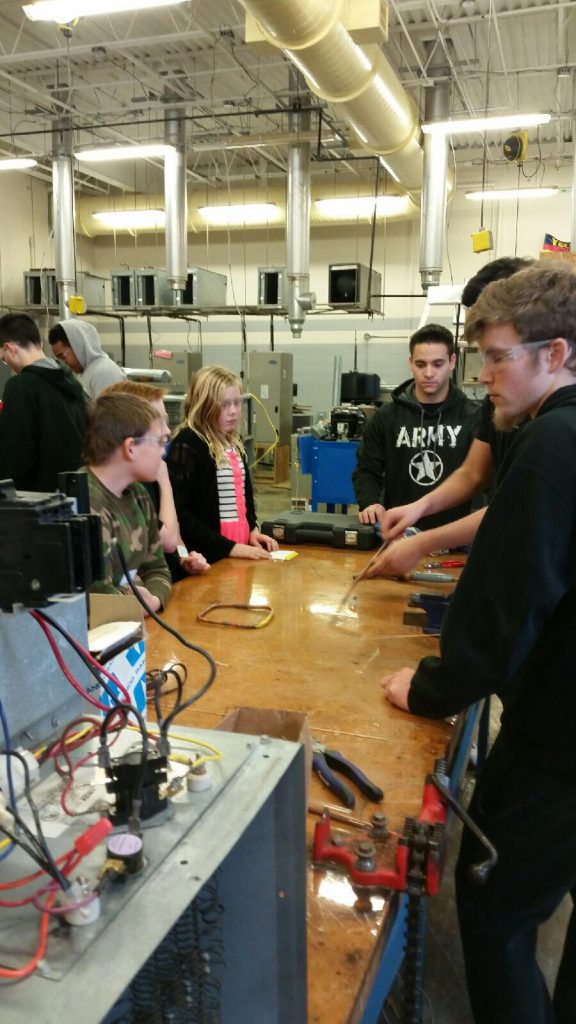 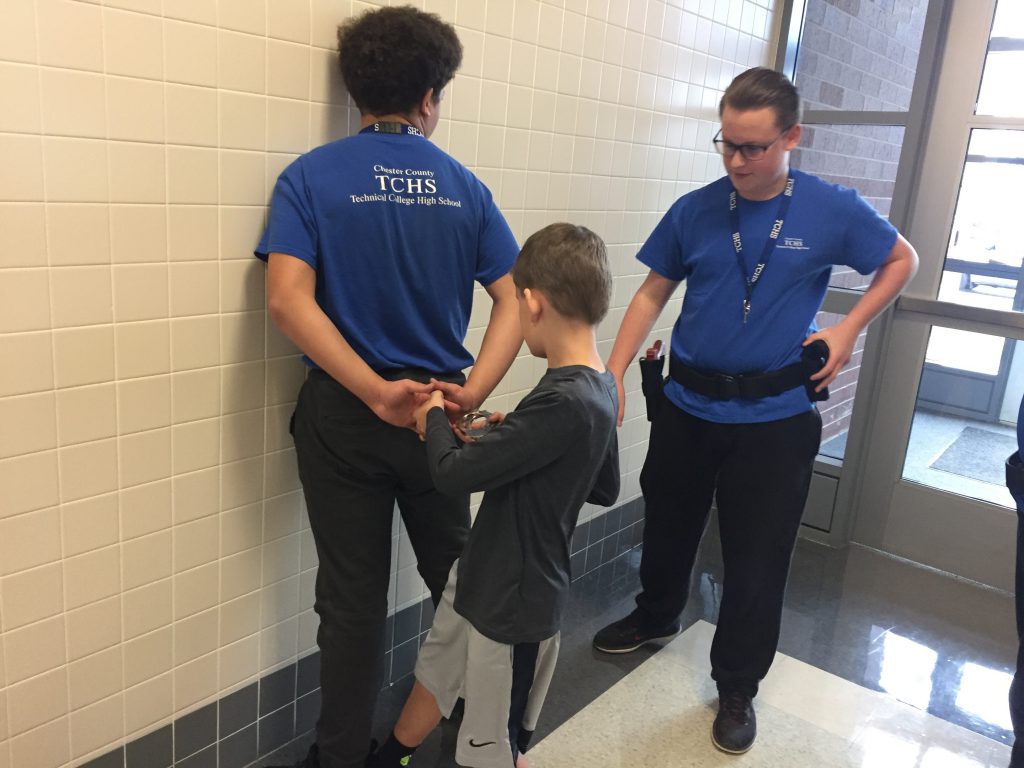 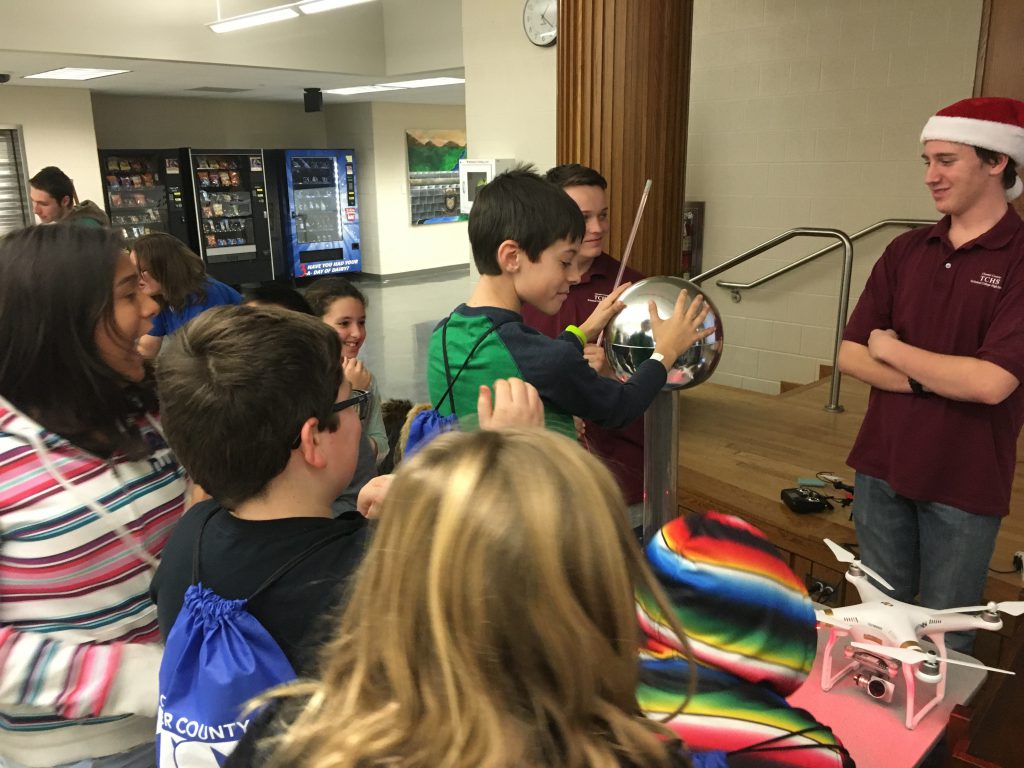 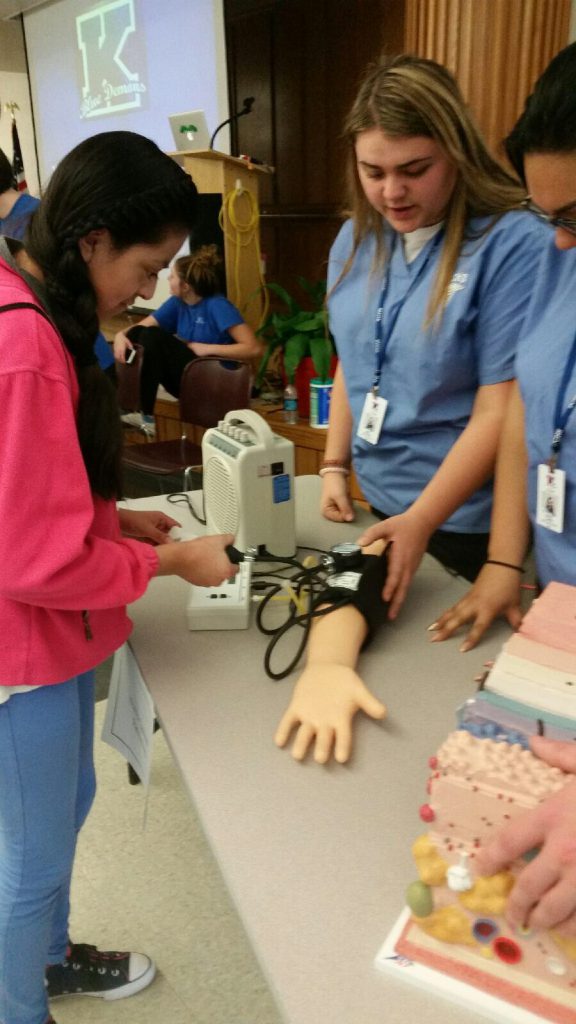 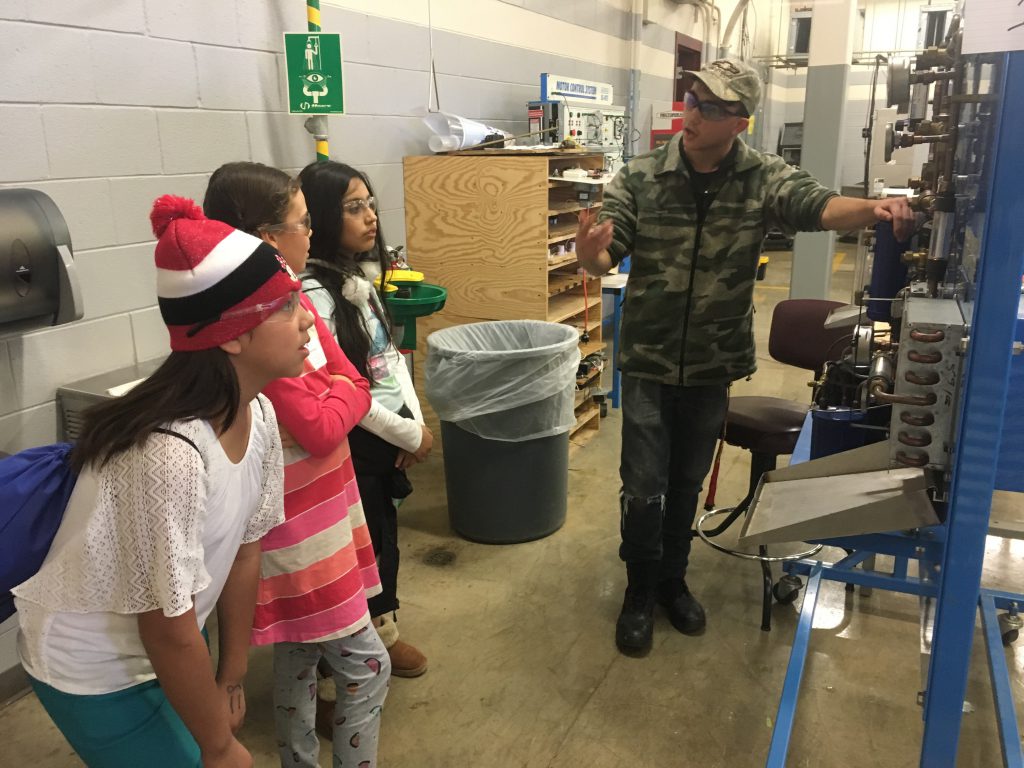 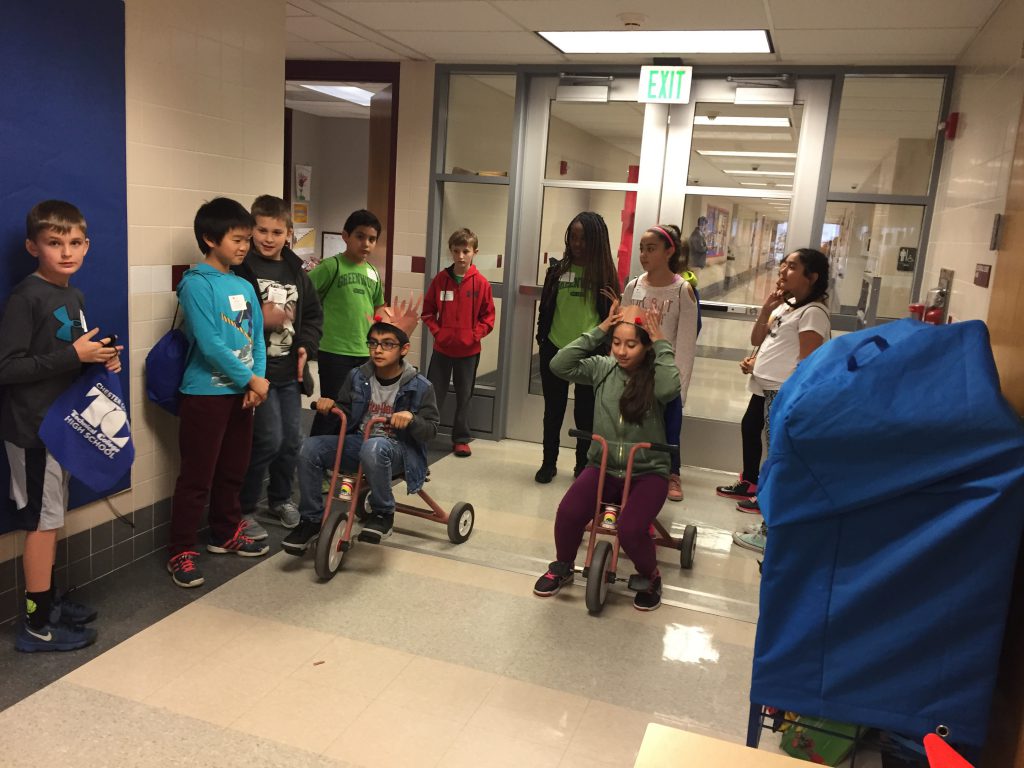 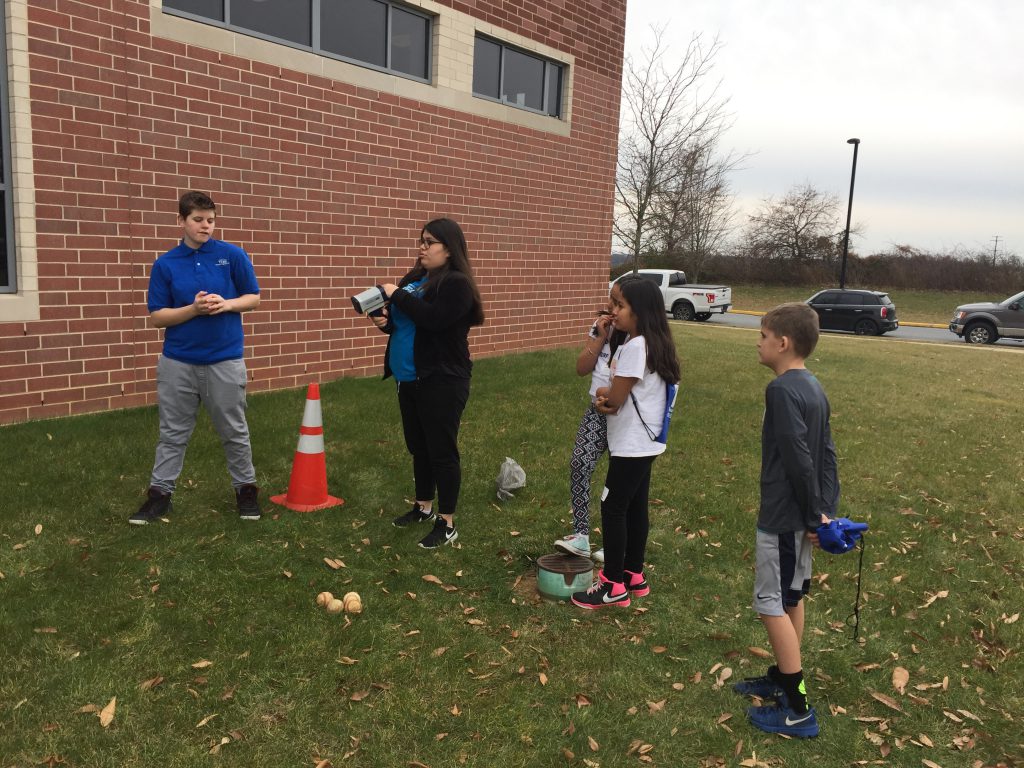 2018 Citadel’s Heart of Learning is looking for your nomination of a special teacher. Have you always wanted to see your child’s favorite teacher recognized for their excellence in the classroom? This is the way for you to make a difference and show that amazing teacher that you recognize their dedication to education and children. Contact Citadel’s Heart of Learning at citadelheartoflearning.com for complete details. Deadline for nominations is December 31, 2017. Don’t delay, make that nomination today!

Bancroft Elementary School’s third grade classes were privileged to have Deputy Sarro and Deputy Barr visit with their dogs Dexter and Murphy. The dogs demonstrated their unique talents and skills by responding to various commands and running through drills. The students and teachers witnessed how well the officers and the dogs work together as partners. The deputies taught the kids how to approach working dogs and to never to be scared of the police or K-9s. It was a fun experience for all! 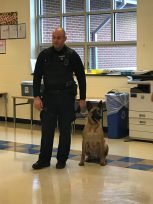 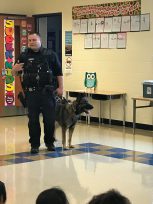 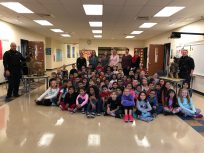 Bancroft’s choral and Orff ensembles are working hard to prepare for their winter concert, which will be held at school on December 12, 2017. This year’s concert will feature several popular Christmas, Hanukkah, and winter songs. They will even be sneaking in the popular “You’re Welcome” from Moana.

The chorus will sing in both English and Spanish, and the Orff ensemble will accompany them on drums and xylophones as well as performing their own standalone instrumental pieces. These groups have been working diligently since September and look forward to showing their classmates and family members what a little hard work can sound like!

“In general-music classes,” Mr. Green says, “Bancroft students get the opportunity to sing, dance, and play instruments in almost every 50-minute class! The xylophones and drums have been at the center of the music curriculum for years. However, we are very excited for a few new additions into the music classroom. Both music rooms have been outfitted with brand-new Polyvision boards for interactive technology-based lessons. And with the purchase of 12 new ukuleles, we now have enough of these fun string instruments for every student in any given class to have the opportunity to play together.”

Band teacher Mrs. Strickland adds that the band has 49 fourth and fifth graders participating this year. “Our focus is on music literacy, new notes and fingerings, and the embouchure—the facial muscles used in producing and sustaining a sound. You may not know that a correct embouchure is vital to playing any wind instrument and needs to be worked on daily so that growth may occur. I am excited for the students to share what they have been learning. My advice for all band students remains the same: keep practicing! Daily practice helps make permanent the skills you are learning to become a better player.”

The orchestra is working hard on preparing for their upcoming Winter Concert on January 23. The beginning strings students have been focusing on learning how to use the bow and are very excited to be playing “Mary Had a Little Lamb” and “Good King Wenceslas.” The second and third year classes have been perfecting their concert songs, which include a fiddle song, a holiday song, and our crowd favorite, “String Explosion.”

We hope to see everyone at the concert! 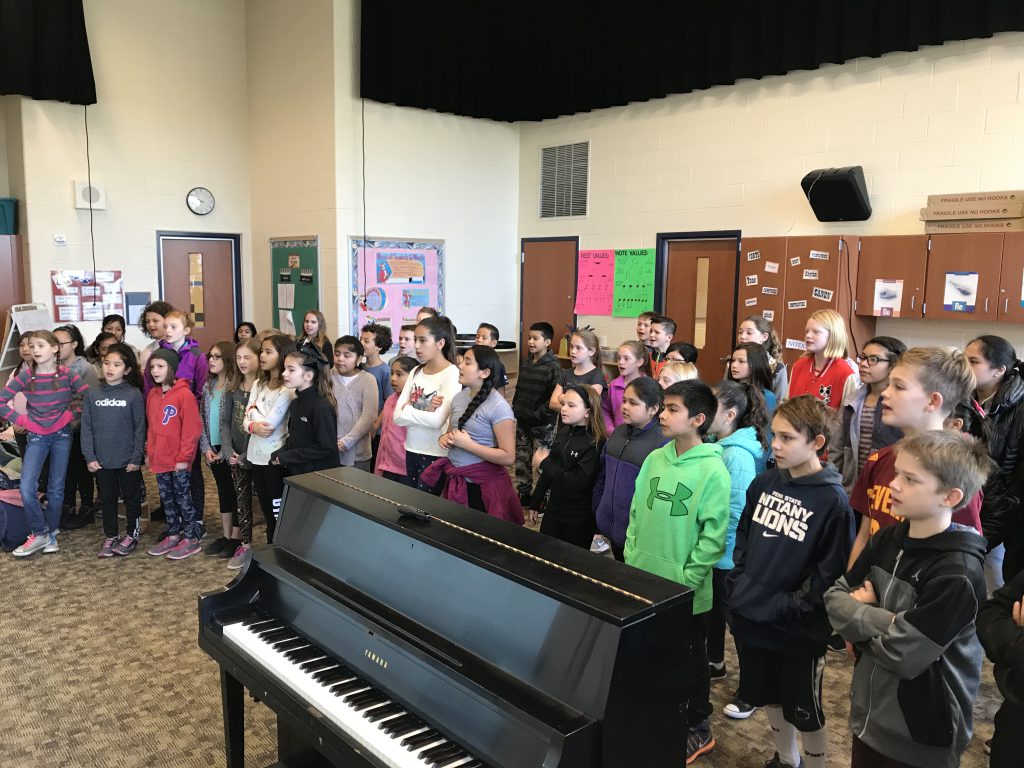 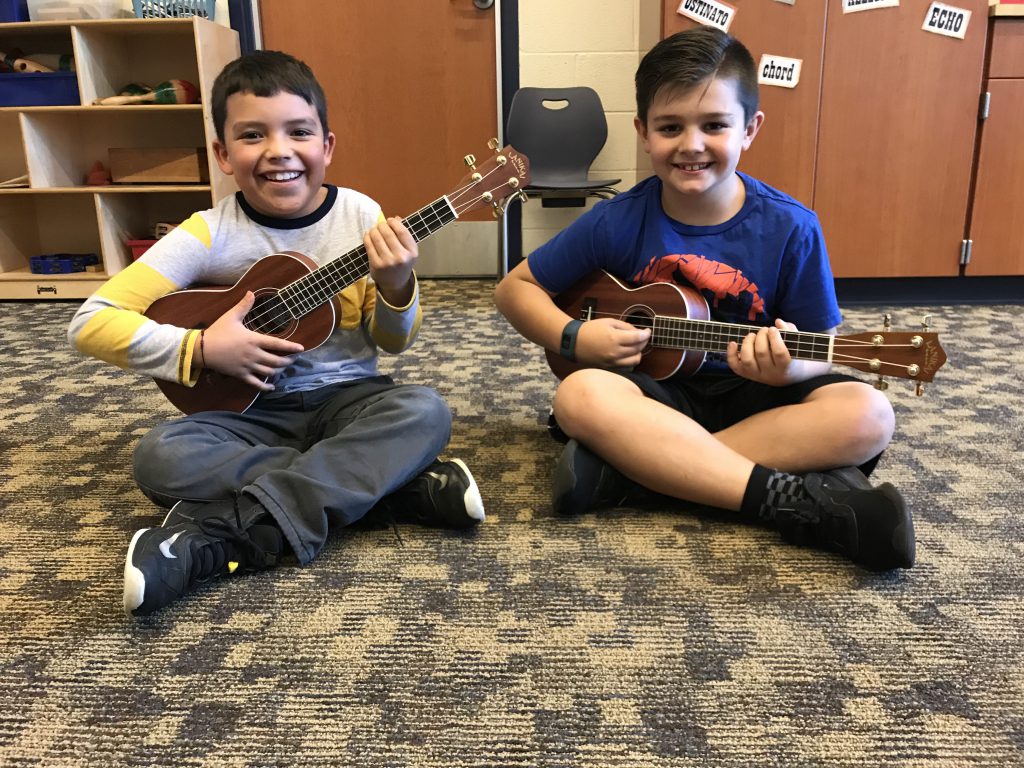